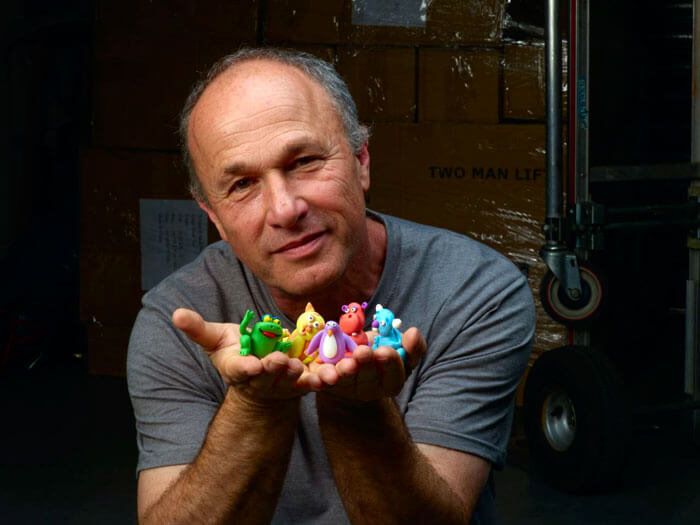 Embassy of Israel in Greece kindly supports the tribute to Rony Oren.

Three hours workshop on character design with clay, on capturing, editing and a short discussion with the students.

Title: A masterclass by Rony Oren

Rony Oren presents his work (movies, books, academic), speaks about his career and discusses with the students.

Title: A masterclass by Rony Oren

Rony Oren presents his work (movies, books, academic), speaks about his career and discusses with the students.

Rony Oren presents his work (movies and books), speaks about his career and discusses with the audience.

The event includes a short introduction about Rony Oren’s career (movies, books, academic), a screening of some student movies (Bezalel Academy of Arts & Design) and a discussion with the audience.

Rony Oren (born in 1953) is an Israeli animator, claymator and academic. In the commercial world he is best known for more than 500 animated short films in clay and over 30 children books, which he illustrates, or both writes and illustrates. Oren is currently a Professor of Animation at Bezalel Academy of Art and Design in Jerusalem. Between the years 1980-2002 Oren taught animation at different art schools in Israel - Beit Tzvi, the WIZO Haifa Academy of Design and Education, and the Bezalel Academy of Art and Design. Oren also led art classes at different animation festivals. He leads stop motion master classes in various international art and film academies and festivals. Between 2000 and 2008 Oren served as Head of the Animation Department at the Bezalel Academy.

From his "Frame by Frame" independent studio, established in 1978, he has directed and animated over 500 short films and television series that depict the Clayground method. Based on plasticine figures, a number of his films have received international awards. Oren won the Nachum Gutman prize for illustration. Oren's short films were submitted by the Israeli Broadcasting Authority and selected for screening in the Radio and Television Museum in New York and Los Angeles.

Among the series he has produced are The Egg (25x25sec), Foxy Fables (13x7), Tales of a Wise King (26x6), and Grabbit the Rabbit (13x7). These titles have been broadcast in over 80 countries and on numerous networks including Channel One, IETV, and more. Usually director and animator, in 2009 he directed a team of 3 animators for the ClayPlay series (13x4).

In addition to the Secrets of Clay book series for all ages, Oren has produced over 30 books for children in Israel, Britain, France, Germany, Russia, Denmark, Italy, Greece and the United States. Rony Oren illustrated "The animated Haggadah", which was published almost 21 years ago and sold extensively all over the world.

Here Is Your Life: Hanukkah (short film for Shalom Sesame, 1990)

Rony's Clayground includes the Secrets of Clay how-to series, as well as a range of board books and story books, internationally broadcast short films and workshops. The Clayground philosophy is based on Oren's trademarked method of working with clay. All creatures, settings and scenes inhabiting Oren’s clay world can be built from three key shapes: Ball, Sausage and Pancake. These shapes provide the platform for all his clay figures, in any combination of color and size. Rony Oren has introduced his philosophy and method to children and students around the world through countless workshops and master classes. His workshops take place all over the world in schools, design schools, universities, children's hospitals and festivals.