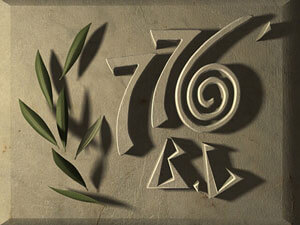 The first Olympic Games... presenting fifteen popular events in a humorous way with original versions as to how the first Olympiad began in 776 B.C. The collection has been selected and screend in many festivals:

These fifteen short movies have been included in the DVD collection "Greek Animation 1944 - 2007", a production by the European Animation Center and the Hellenic Audiovisual Institute.