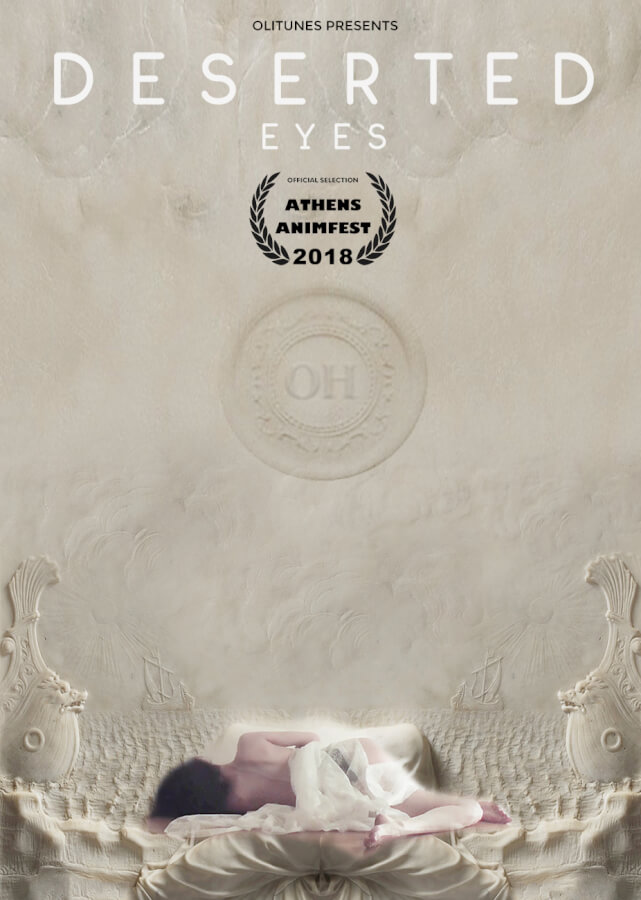 Deserted Eyes is a song, animated music video and WebGL project by the Greek multi-instrumentalist Oh. (Olivia Hadjiioannou). DESERTED EYES – A ethereal and epic journey into the depths of the heart. Dynamic and rhapsodic vocals summon forth the soul. Penetrate deeply into the inner darkness. The narrator of the epic verse is a melodious and warm piano which is enveloped by softly beating drums which reluctantly release into turbulent and thunderous revelations while violin crescendos announce the sage-like proclamations for ecstatic surrender. The song takes the listener beyond the vicissitudes of relationship and love – beyond the criteria of reciprocity and togetherness. It casts a light on the individual within the relationship rather then the relationship itself. Expressing how one’s state of mind — if left unchecked and allowed to settle too long in dark and despondent moods —eventually wears away at the soul of the other — casting an immutable spell unwittingly upon the one you love. Like water wearing away at stone – so affected by your state of mind, the eyes of your beloved – are left void – the soul having abandoned not only their body but their own dreams and aspirations as well. Is there a way to reverse the spell? Watch and listen to this epic tale. ABOUT DESERTED EYES is a music journey by progressive art rock multi-instrumentalist Oh. Production Note "Deserted Eyes" was filmed at the seashore in Glyfada a southern suburb of Athens, Greece in the late summer of 2017. During the filming, a tragic oil spill occurred precipitated by the negligence of the Greek government – an ecological disaster in the waters of the Saronikos. On the last day of filming the beach was covered in oil, dead birds covered in tar and the stench of petrol in the air. The song "Deserted Eyes" is about how a person’s dark, depressed and toxic states of mind can poison our interpersonal relationships and eventually dim the light of the soul in the other’s eyes, stealing their aspirations, hopes and finally the connection to their own soul and sense of self. The oil spill starkly depicted — with the blackening of the earth, toxic fumes, depressed state all present experienced, the death of wildlife — the irreparable damage to the interpersonal relationships shared everyday by all the beach-goers and coastal community. During post-production, we could not ignore the correlation that tragic event had to the song and so incorporated the visuals into the final clips. The music video was created with traditional hand-drawn, 2D, 3D and motion graphics. The project was initially used in an experimental online 3D WebGL experience which embedded YouTube video, music players and animated elements to create a 3D animated web experience using three.js. The WebGL world can be viewed https://olitunes.com/worlds/webgl2/chapters/desertedwebgl.html