Sunday in the Park with dog 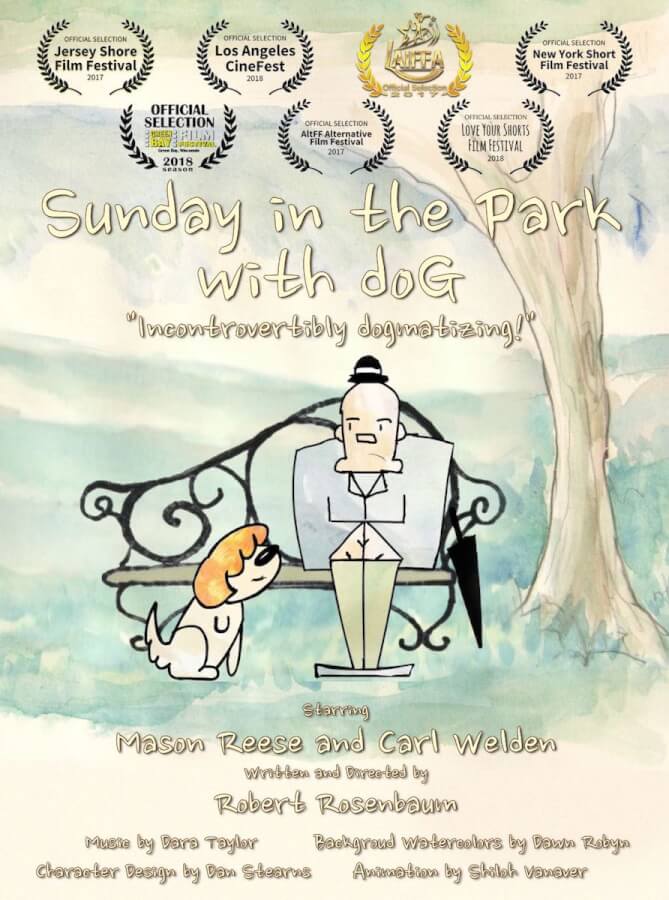 While enjoying a sandwich on a relaxing day in the park, a high-strung Guy has a chance meeting with a very zen, three-legged doG, who may or may not be... an existentialist. Sunday in the Park with doG stars the ever popular Mason Reese as the voice of doG, the wise-cracking hound that may or may not be… an existentialist. Carl Welden voices Guy, a bit of a high-strung chap out for a quiet day in the park. When Guy meets the three-legged talking doG, he marvels at the zen-like attitude doG has towards his “handicap.” doG tries to assure Guy that everything in the universe is as it should be, but alas the nature of Guy is more antipathetic. The film in a traditional animation with hand-painted watercolor backgrounds by artist Dawn Robyn along with some stylized nods to Suerat, MaGritte, Dali and Munch. The original score was beautifully composed by Dara Taylor. The script is based on the original play “My Conversation with doG” by the writer/director of the piece Robert Rosenbaum.