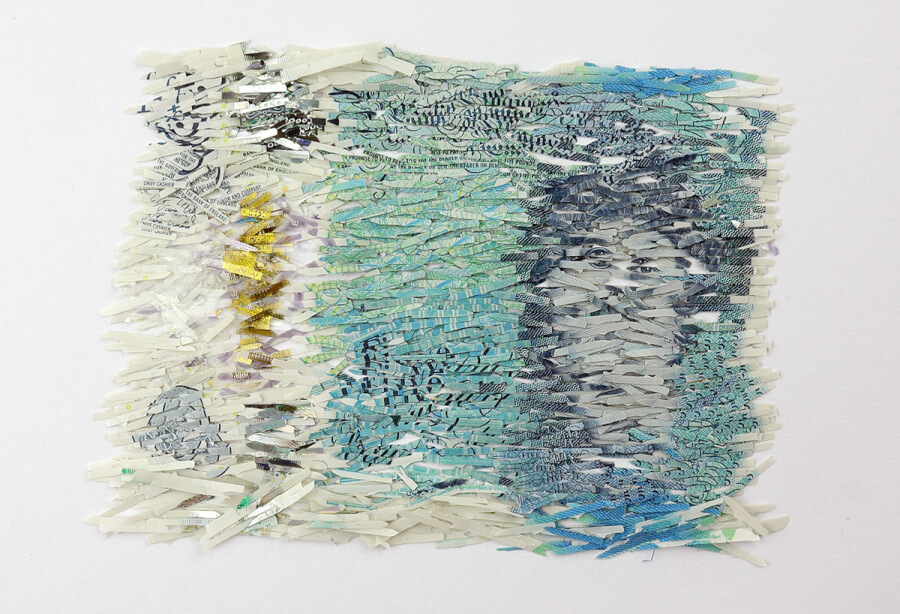 A Bank of England five pound note reconstructed from shredded production waste. An animation made form the security shredded remnants of misprinted new polymer Five Pound banknotes (G series), which never made it into circulation. Made possible with the support of the Leverhumle Trust and the Bank of England.