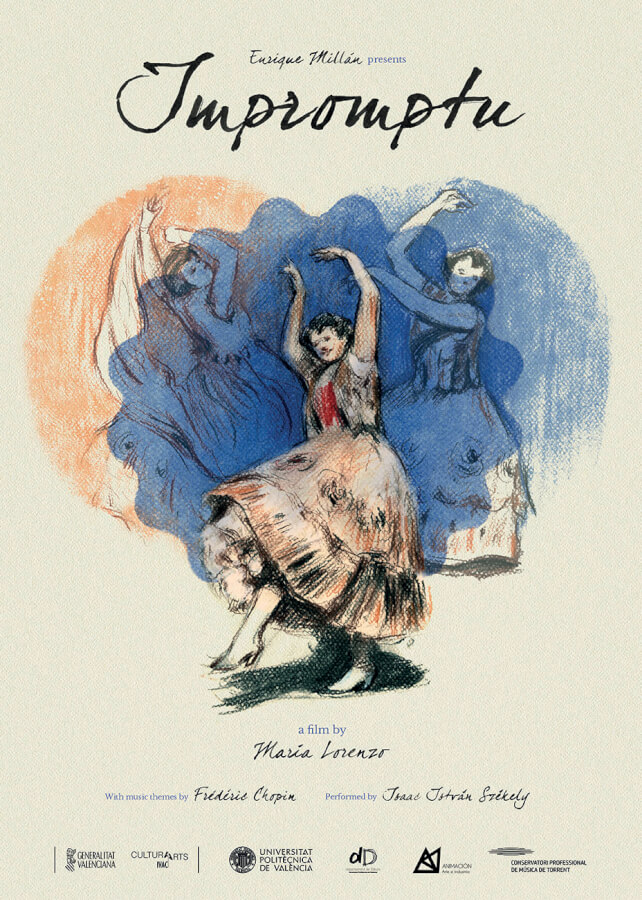 Impromptu is an animated short film inspired by five piano Etudes by Frédéric Chopin, to pay tribute to the forgotten pioneers of cinema, such as Joseph Plateau, Eadweard Muybridge, Jules Marey, William Dickson, Louis Le Prince and Georges Demenÿ. But Impromptu is also a homage to the Fin-du-siècle period, to their unforgettable muses —Loïe Fuller, Carmencita, Anna Belle—, and to the fascination for movement itself, which lead to the invention of filmmaking.
Warning: Undefined array key "attachments_en" in /home/animfest/public_html/includes/movies.inc42.php on line 114