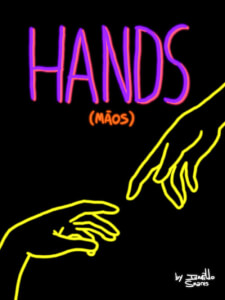 An experiment of animated hands in several situations.

Ivanildo Soares is an Animator and Director based in Sγo Paulo, Brazil. Started to work with animation in 2012, having work in a couple of the biggest brazilian animation studios such as Birdo Studio and had a roll as animator in several projects, including 'Vinicius & Tom - Divertidos por Natureza' . Has 3 shorts in the curriculum as director one of which was awarded in Anima Mundi. Currently work as freelancer.