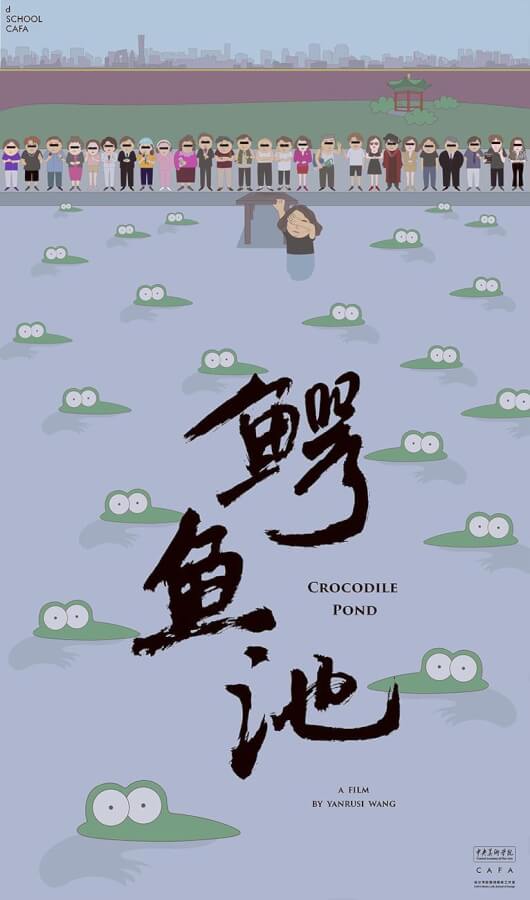 The postgraduate student Wang accidentally fell into the crocodile pond, and several citizens disappeared by the pond at the same time. The event continued to make news, and had attracted great attentions from social media. As the online discussion raged on, the truth became more and more intricate. In the end, Wang gave up climbing ashore, turning himself into a crocodile. The film is played on portrait mobile devices, and virtualizes a drowning accident. By imitating the fragmentary and random ways of seeing in people’s daily life with mobile phones, it presents a chaotic Rashomon effect in a pseudo-environment. The animated, fictional and mockumentary-like way of performance gives a self-reference to current we-media short videos, that the truth is twisted through communication, and that everything is true, or nothing is true. The tongue breaks bone, though itself has none. Wang was never hurt by the crocodile, but by the words of people onshore, and eventually became a crocodile that people avoid like the plague. Yet, who is the real cannibal crocodile?