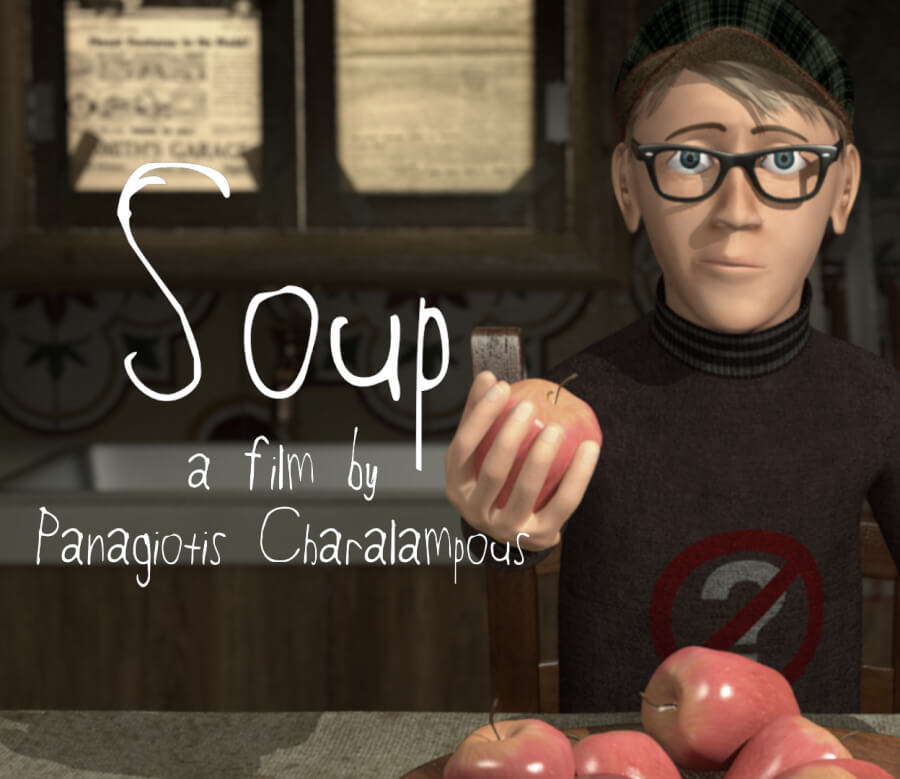 “Soup” is a short animated film, which describes the everyday life of a child living in a constructed and isolated environment. It is an attempt to approach modern lifestyle, as shaped by the media. Odysseus, the hero of the film, refuses to accept the prefabricated standards imposed on him and chooses the conflict through a small act of rebellion. Obstacles to his decision are the noise, lack of communication, religious prejudices and domestic conflicts. “Soup” seeks to answer questions about human spirit, curiosity and rebellion, presenting our society as a modern version of “Plato’s Cave”