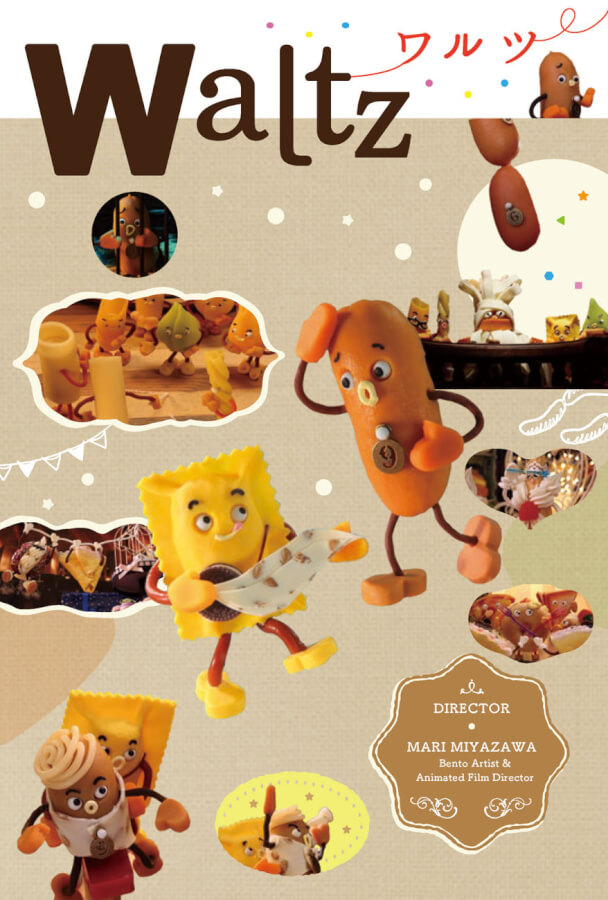 The story is set in a world where foods that are made from wheat live. The many varieties are hostile to each other. However, when beings made from things other than wheat appear, such as those made from meat and cream, they all work together to oppose them. In this world, a sausage with no unique features appears. Until now, he has never seen anyone different from himself, and is called "Nine" because of the number on his necklace. Nine is perplexed when he sees all of these beings made from various types of food. As he is not made of wheat, he is imprisoned, but thanks to his clever friend, he is accepted as a comrade. After a brief period of peace, another fight begins in a neighboring country. A compromise is reached through the efforts of Nine and his comrades, and it seems like all will end well, but then the liquids arrive... It seems like the trouble is far from over. When Nine returns to his family, he takes with him as his souvenir the idea of individuality. If individuality developed, maybe they wouldn't need numbered necklaces any more. Even inside their small bag, groups and opposition will probably form eventually, but if that happens, he could have fun in the commotion, just like he did in the world of wheat.