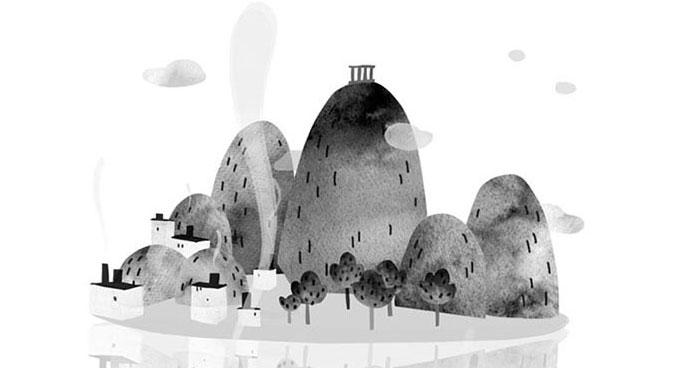 The 11th ATHENS ANIMFEST starts on Thursday, 7th of April and runs until Wednesday, 13th of April, 2016, at the Greek Film Archive. Screenings will also be held in Romantso (11-13 April, 2016) and the Cine Club Vrilissia (9-10 April, 2016). This year preselection juries have selected a large number of animated movies submitted from all over the world, confirming Athens as part of the high quality animation festival association. The program includes competition sections for experimental, student and short animated movies, a tribute and some events.

Matthew Toffolo: What is your Film Festival succeeding at doing for filmmakers?

Korina Mavrikidou : Athens Animfest is a festival dedicated to animation films. Both artists and students of animation are given the opportunity to create their films and cinephiles are able to enjoy them. This interactive relationship has a remarkable effect on the evolution of animation, in general. Also, it contributes to reveal talented filmmakers that people may not be aware of. The last two years, Athens Animfest attracts artists from all around the world who meet each other in Athens. We are convinced that, beyond the promotion of animation, our festival cultivates relationships between artists and cinephiles.

MT: What would you expect to experience if you attend the festival this year (2016)?

KM: Cinephiles have the opportunity to enjoy screenings of inspirational films created by notable filmmakers and a 7-day program full of parallel special events about the art of animation all over the world.

MT: What are the qualifications for the selected films?

KM: The selected films should be inspirational and should be distinguished for conceptual, technical and aesthetic excellence.

MT: Do you think that some films really don’t get a fair shake from film festivals? And if so, why?

KM: The evaluation process is really very difficult. Most of the films submitted for the festival are technically robust, due to technological developments and their themes are imaginative as well. Nevertheless, a great film will stand out among the rest and will get what it deserves.

MT: What motivates you and your team to do this festival?

KM: Apart from our passion for the animated films, which is for granted, we have supported this effort so much, because through this, new talents are emerging which are so necessary in our country.

MT: How has the festival changed since its inception?

KM: Some things have remained unchanged, such as our passion for this project, but some things have changed radically. Now we get submissions from more countries and we have regular fans that attend Athens Animfest every year. We become famous through social networks and the world seems to embrace this festival.

KM: Hmm, I wish I am running it until then …! Also, I hope to have gained a good reputation and attract even more participants.

MT: In one sentence, what makes a great film?

KM: A great film should have a great story to reveal, including new or unique ideas. Also, sound, acting, filming and editing are important elements for a good result. In a few words, the film should have the whole package to be considered as great.

MT: How is the film scene in your city?

KM: One is for sure: There is much to be done. You see, there are efforts which are remarkable, but they do not have adequate support from the state and thus they collapse. Nevertheless, we remain optimistic and supporting our efforts and the efforts of other festivals that take place in Athens, we are looking forward to a better tomorrow.

Interviewer Matthew Toffolo is currently the CEO of the WILDsound FEEDBACK Film & Writing Festival. The festival that showcases 10-20 screenplay and story readings performed by professional actors every month. And the FEEDBACK Monthly Festival held in downtown Toronto on the last Thursday of every single month. Go to www.wildsound.ca for more information and to submit your work to the festival.