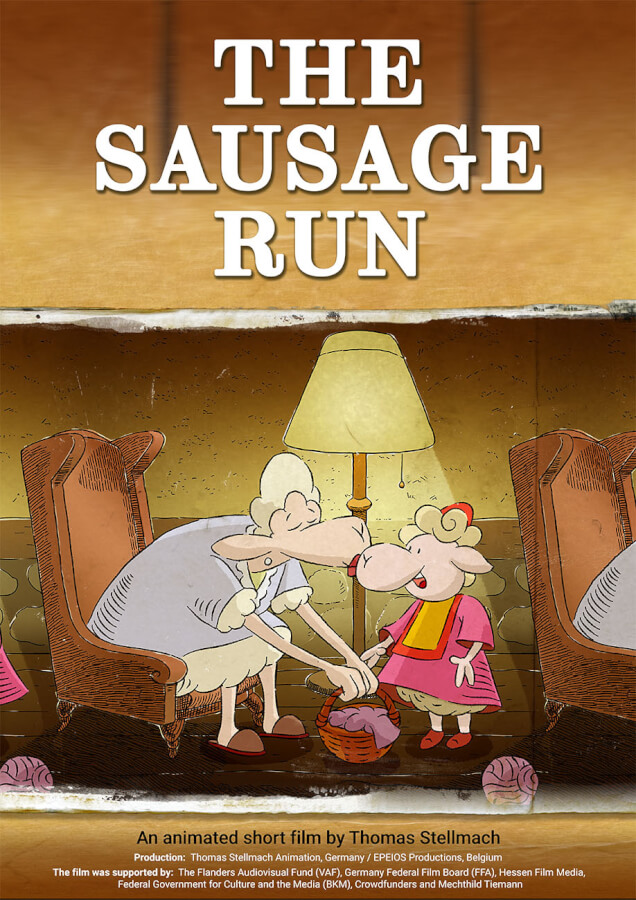 The 10-minutes cartoon film THE SAUSAGE RUN tells the tragic story of a little lamb with the help of multiple Zoetropes, loosely based on the well-known Grimm’s fairy tale ‘Little Red Riding Hood’. The roles of the humans and animals are exchanged. The human characters in the film are depicted as anthropomorphous animals. The animal in the story, the big bad wolf, is here a human being. The family of ‘Little Red Riding Hood’ consists of the mother sheep, the lamb as ‘Little Red Riding Hood’ and a grandfather sheep. The forester and his wife are dogs with a soft spot for sausages. The wolf, a butcher, is a man with a serious problem - he has run out of meat. The story takes place in Zoetropes, which are historical optical and rather primitive devices that display sequences of drawn images in motion. It’s an invention from the 19th century and a forerunner of film technology.