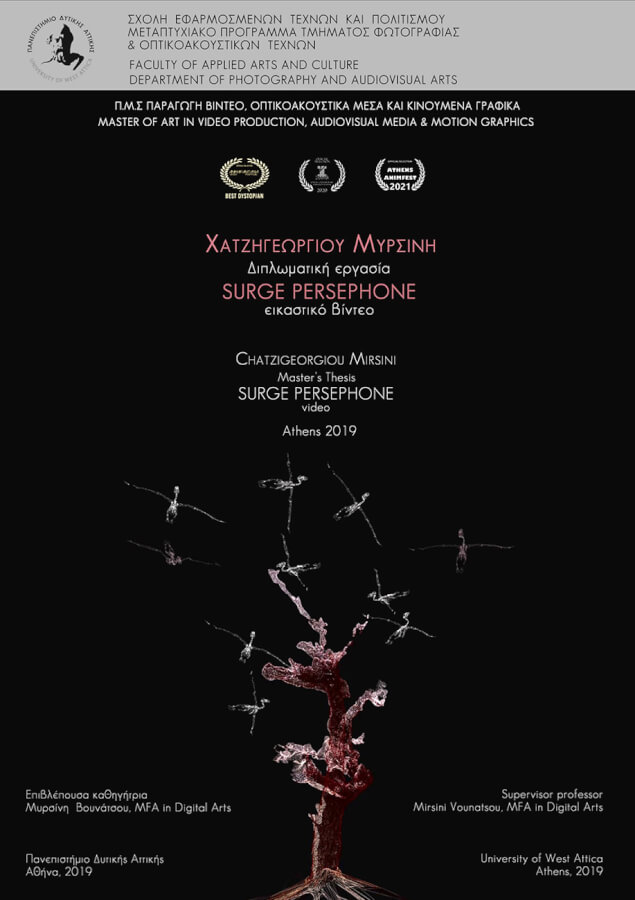 Surge Persephone, video art, using facts of modern reality which raise societal concerns, as well as the archetype formulas that appear in legends and epic poetry, presents a symbolic internal journey to the Individuation process as feature by Carl Jung. Dante’s adventure through Divine’s Comedy Inferno, Purgatory and Paradise and A. Rodin’s well known sculpture, were the foundations on which basic concepts of the artwork were based and developed. The 3d modeling techniques and photogrammetry used for the construction of figures, space and items of the video contributed to the creation of an original digital world which moves between fantasy and reality, utopia and dystopia. SURGE PERSEPHONE means Rise Up Persephone.