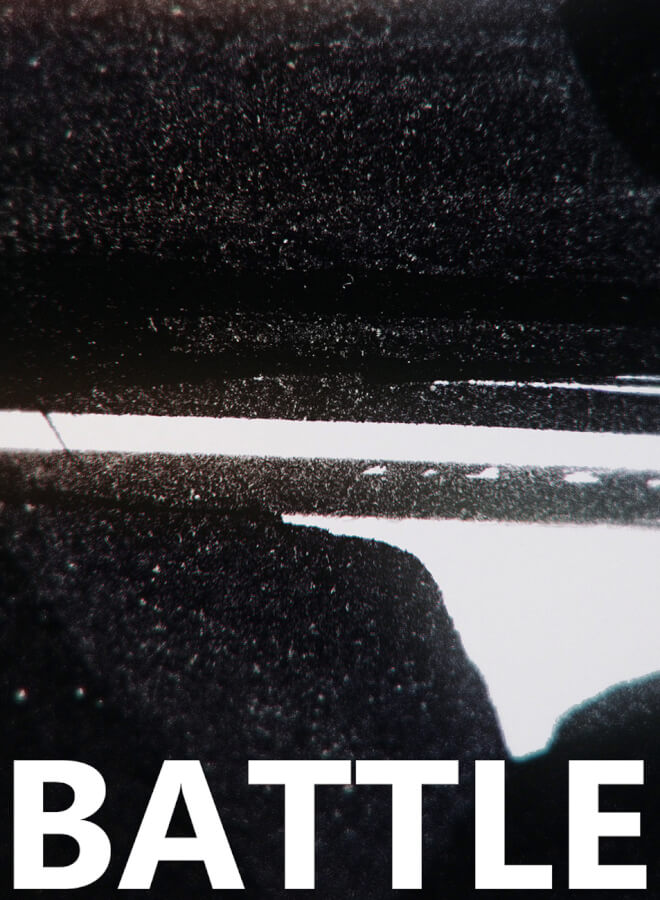 In ‘Battle’ (2020), Shodo-Budo and abstract expressionism; eastern and western sensibilities of calligraphy and painting, put to a Zen like dynamic visual dialogue to evoke a feeling of an inner battle. ‘Battle’ also in a sense a salute to Stan Brakhage’s final film (Chinese Series), made during his own battle with cancer, by wetting a filmstrip with saliva and using his fingernail to scratch marks into the emulsion. ‘Battle’ is about the daily struggle of being in the world. It is dedicated to all the silent and not so silent battles we fought. Budo is a compound of the root bu, meaning "war"; and do meaning "path". Do in the Japanese context is an experiential term in the sense that practice and discipline cultivated through a given art form. In reality modern Budo has no external battle or enemy, it only has an internal battle: an ego that must be fought. For many, Japanese calligraphy (Shodo) amounts to a vital part of Budo training. A spontaneous creative gesture of Shodo also has much in common with abstract expressionism, Shodo is more than mere writing, and its skilled practitioners believe that the rhythm created by the brush reveals the calligrapher's physical and mental condition. Abstract Expressionist artists such as Franz Kline, Jackson Pollock, Willem De Kooning, Lee Krasner, David Smith, AI Reinhardt and Mark Tobey and many others produced works that are reminiscent of calligraphy. Franz Kline especially chose to work in black and white, having been affected by the monochromatic quality of Shodo and the minimalistic aspects of Zen. Japanese artists also noticed what was taking place in abstract expressionist school and were in turn influenced by it themselves. In ‘Battle’ (2020), in order to create this dialogue, thousands of unique calligraphic images created along with the original sound design.