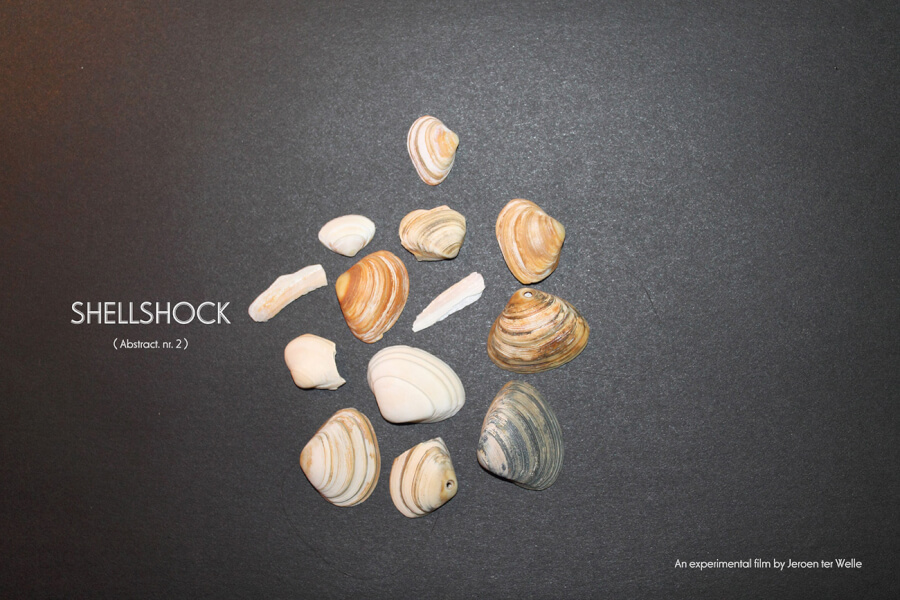 An abstract or very free interpretation of the word ‘ Shellshock ‘ inspired by the fact that the English word ‘ Shell ‘ has multiple meanings. It can be a shell found on a beach but also a shell we use in a war. In this video I have used shells that I did found on a beach and sound to make something intense and disturbing like an explosion. After all it is an explosion that causes the human trauma that is known as ‘shellshock ‘. And it ends just as abruptly as it did start. The second work in a series of three that mainly deal with the materials with which they were made.