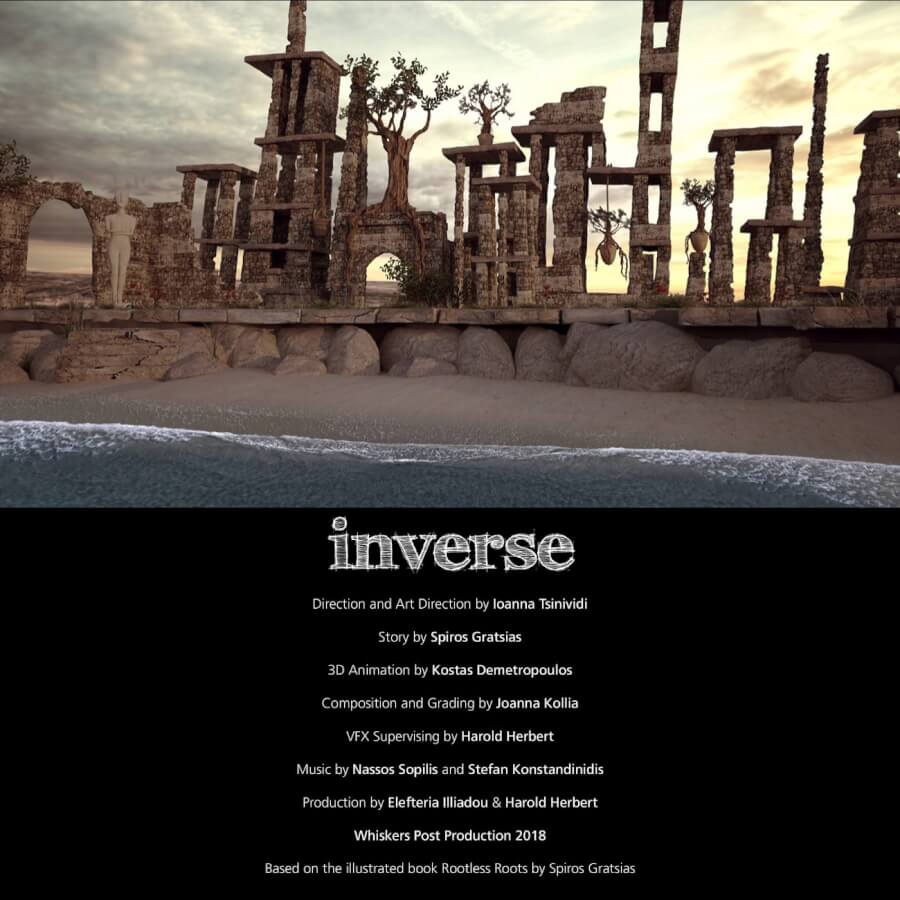 Agastrophos, an ancient Greek statue trapped on a tiny island, is focused on an upside-down beetle; its legs and arms are grasping the air in an attempt to flip over and save itself. If Agastrophos could simply give it a helping flick; it would “inverse” its destiny and find a second chance at life.