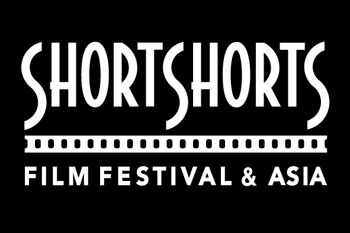 The moon finds itself at the dark bottom of a deep sea. This immobile moon is carried along by the creatures that live in the sea. Can the moon finally return to the night sky? A gentle animation short that tells the story of the fate of a sunken moon.

CV: Akira was born in 1973. He graduated from Tama Art University as Graphics designer and illustrator. He moved to France in 1999 after working at a design com-pany and studied painting and video arts. He returned to Japan in 2005.

A voice from a long gone past guides us, as a young girl enters another world when she crosses to the other side of a bridge.

One day a black cube drops down out of nowhere. At the sound of music, strange creatures suddenly appear to play and dance in a gradually unfolding fantastic colorful world.

I lost my child. They also lost their child. A husband leaves his wife at the hospital and goes back home alone, but guilt does not overwhelm his heart. Rather, he feels uneasy about having other stronger feelings.

Kokkiman, a character who gives Japan hope, introduces you to Japanese culture, customs and traditions through his charms.

An outstanding student who doesn’t even need to study, “L” creates a mysterious dream world to combat his real-life stresses. In this world, anything that is drawn by magic chalk becomes reality. But what on earth will “L” draw…?

CV: Yanlong was born in Liaoning Province, China 1988. After graduating from NEUSOFT in Dalian, he enrolled at Yamanashi Eiwa University in Japan. In 2011 he entered Digital Hollywood University as a third year, to study CG. “Shadow Chalk“ is his graduation work.
- Short Shorts Film Festival & Asia 2013 CG Animation Competition

A bonsai tree endures much suffering on a daily basis. One day, a long-horned beetle comes to shred its leaves, and every night a caterpillar devours parts of the same leaves. Scale insects live as parasites on the trunk, and it is also beaten by strong winds at times...

Peter, a young boy, will have a tooth pulled out. When he goes to the dentist, he’s afraid and unable to relax. In the end he receives the worst prognosis.

A huge teddybear-like creature walks through the forests, mountains, seas, deserts, and grasslands. He finally arrives at his goal, but the true message is that "the story doesn't end until it ends".